Skip to content
I spent 10 days travelling around Georgia and I would never expect that I would love the country so much! I felt as if I was in Poland in the 1990s. It meant a bit as if I was coming back to my childhood. Even though the country is still not that well-developed, there are some aspects of modern society. The train I took from Tbilisi to Batumi was a very new one. Let me share all my Georgian experience from the beginning 🙂

I started my trip from Kutaisi, a very small town where there are not a lot of things to do around, however trips that are being organised to sightsee the area are worth attending. The one I took was about 500 km both ways. I visited three Georgian cities – Borjomi (known from its water), Rabati – with an amazing castle to visit and Vardzia that I loved the most with its walk around in the rocks. It occured to be kind of a private trip, as there was just a driver, myself and two other travellers. We started at 8 in the morning and came back at midnight. The only person missing was a guide, but it doesn’t surprise me we did not have one, as in such a small city it would be difficult to gather at least 20 people every day to have very well-organized trip. It is much easier to do so in Tbilisi, which is more touristic. However I did enjoy that day very much. 115 lari as far as I remember, plus the entires and the food on our way. Also the car company I was a good one – a Slovakian couple I spent all day with 🙂 It is a pity the driver did not speak English that well, however we managed to communicate – either a bit in Polish, Russian or using hand gestures. Unfortunately Georgians do not speak English that well, Russian is the language they use the most. For me, as a Polish girl, knowing a bit of Russian helped in communication. I did not expect getting into deep conversations with Georgians about life, so just buying food or moving from one place to another was and easy task. 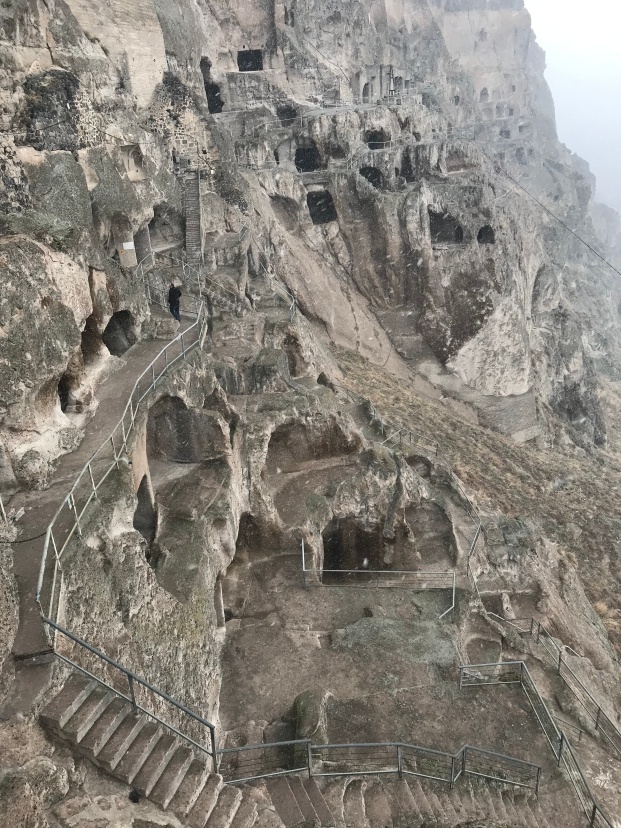 The next day I decided to have a walk from Kutaisi to Sataplia – about 20 km both ways. I went to see a small Georgian National Park which is quite close to the city. Unfortunately that day the cave and a bridge were closed and I couldn’t see the most important part of it, anyway I enjoyed my walk and the calmness the park gave me. It occurred to be a nice spot with lots of nature around, nice point with a Panoramic View, and a good walk in the countryside of Georgia. Anyway if you decide to do so be aware of the dogs. They are everywhere! Even though they are sterilized they are hanging around all over the place! Sometimes they were making me feel scared 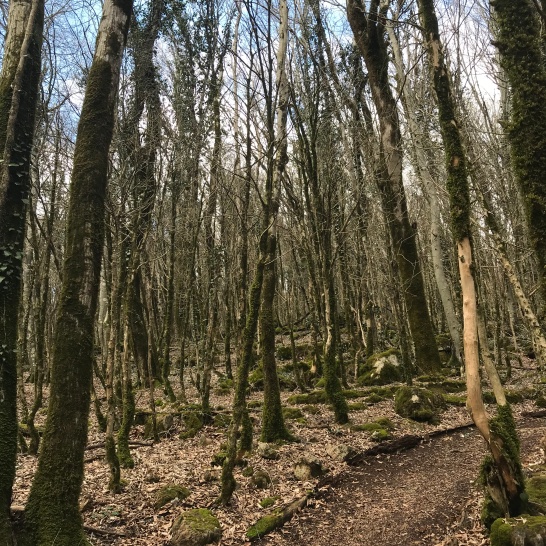 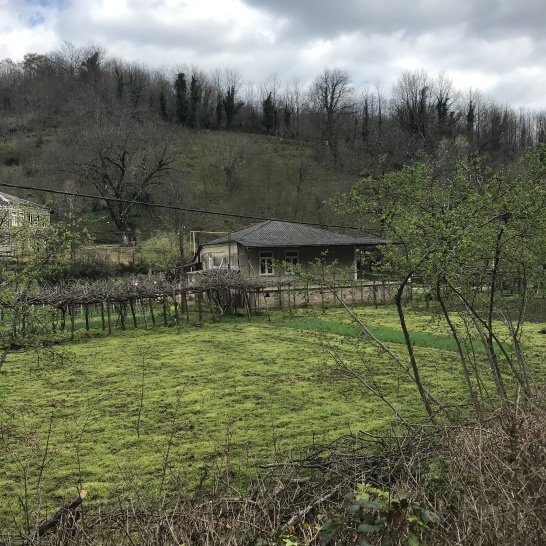 The capital – Tbilisi is just a typical capital. Cars, streets, traffic jams. And it is true that half of Georgia lives in Tbilisi. It does not surprise me, as the country is not a very rich one and people who are looking for more opportunities move to the cities. What struck me most when travelling by “marszrutka” – a mini van taking people from one city to anther and being very cheap (Kutaisi – Tbilisi was only 10 lari), was that the countryside, I was passing by, was totally deserted. 4 million Georgians and 2 living in the capital!
From Tbilisi I took an organized trip to the mountains. I wanted to see these so much! And that day it was snowing that heavily, that probably I would need to get back there to see Georgian mountains view 🙂 For the time being I only saw Georgian snow 😉 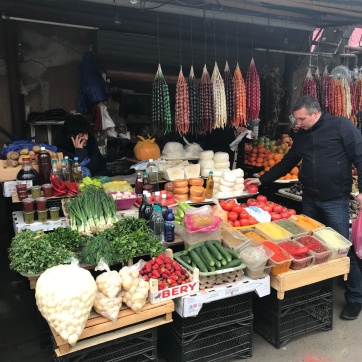 Batumi – my third spot occurred to be my favourite one. It has a 7 km promenade by the sea, looks very modern, and I think the reason I like it so much was that it was not crowded. The time I was there was just beginning of April, which is not a touristic season and the beach was almost deserted. I could do what I love doing most – relax by the Black Sea and enjoy its sound. I think it must be terribly crowded during the summer. I would not have such an impression about the city if I had to maneuver around lots of people in order to pass by.

Overall when it comes to people, prices and other important things that matter when I travel, to my surprise I felt incredibly save there. As I usually travel alone and my safety is the most important to me, I admit I felt there as if I was home. Georgians are quite poor, however they were not aggressive towards the tourists while they were offering any excursions or products to buy.  While I was not showing any interest they were not pushing me into purchasing, what I really appreciate. By observing the architecture I really felt as in Poland 30 years ago with lost of ruined buildings and broken pavements. I had the impression that as the Soviet Union collapsed, Georgia stayed the same for the past 30 years. Poland has developed much – thanks to  foreign investments, European Union and the fact we are close to Western Europe what is pushing us into development. Georgia however is surrounded by countries like: Turkey, Russia, Azerbaijan, Armenia – and do they care about its development? I do not think so. However, in my opinion, the country has lots to offer: lovely coast side, polite and friendly people, beautiful landscapes, and probably amazing mountains I was not lucky enough to see.
My ten-day Georgian trip occurred to be a very good one with very interesting observations and lots of positive memories. I was hosted in Tbilisi by an amazing international couple, and in Batumi by a Georgian guy. They also brought new perspectives into my life and added a lot of value into my trip!

One thing I may say about Georgia – 100% recommended! 🙂 Amazing views, good food and friendly people – could I ask for more while travelling? I do not think so, that is totally and even more than enough! 🙂
Loading Comments...